The church cemetery is filled with the memorials of people who came before – those who founded the congregation, served during the early years, dedicated their time and money to erect the Sanctuary, and served faithfully through all the intervening years to help South Plains grow and prosper.

One of the earliest tombstones is dedicated to Rev. Thornton Rogers, who was born in 1793. He and his father, John Rogers, were among the first members of the congregation.

After the first congregation-forming meeting was held at Walker’s Church (present-day Grace Episcopal Church) on October 15, 1819, the South Plains congregation met at the home of John Rogers, the father. In 1820, both John Rogers and his son Thornton were listed as Elders of the church.

According to Marion Martin Thompson’s The Story of South Plains, “Thornton was a scholar and a teacher, conducting a classical school at his home. … While still a young man, only twenty-six years old, he was ordained as Elder.

Thornton Rogers was highly respected as a speaker. A biographer says, “His occasional addresses were so pertinent and excellent as to lead some of his friends to suggest to him the idea of devoting himself to the ministry.” He followed this suggestion and pursued education for the ministry while continuing to manage his farm and the school and serving the church. After being ordained by the presbytery in 1832, he did not seek a pastorate but continued to serve South Plains as needed and as he was able.

“He died in 1834, at forty-one, after sharing his faith and devotion to God with this congregation. His death was mourned by his widow, eight children, his parents and siblings, and a loving church family.”

His widow, Margaret H. Rogers, deeded five acres of the East Belmont farm to the trustees of South Plains on June 15, 1871, about six months before she passed away at the age of 76.

The South Plains cemetery includes the original gravesite area and a columbarium that was constructed in 2020. The work of the Cemetery is coordinated by the South Plains Cemetery Committee. Members of the Committee are appointed by the Session. The Cemetery Committee oversees the maintenance of the grounds, updates guidelines, coordinates sale of new cemetery plots or niches in the columbarium, and maintains records of the cemetery. 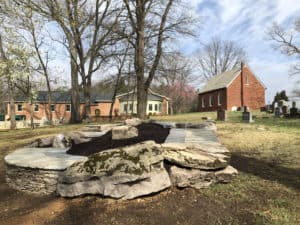 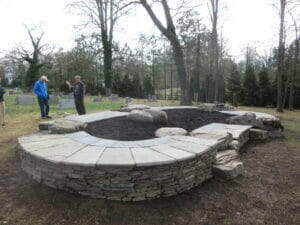 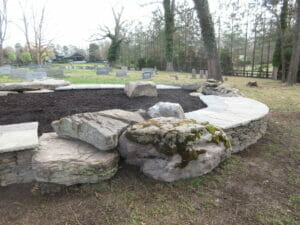 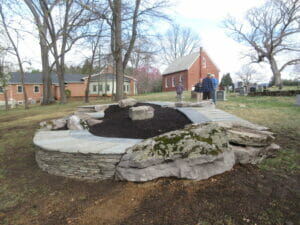 Sunday Worship Services at 10 am

Member of the Presbyterian Church (USA)