South Plains began on October 15, 1819.  On this date six people formed the first congregation of South Plains, the fifth Presbyterian Church to be established in Albemarle County, Virginia. Early records are sketchy, but it seems that these founders met at the homes of members in the Keswick area until a one-room red-brick Sanctuary was built sometime in the decade of the 1820s.

That simple building has been the center of South Plains worship ever since and continues to be a link to a long history of resilient dedication by faithful believers.

In October 2019 South Plains celebrated its 200th anniversary as a faithful congregation dedicated to putting God’s love into action.  As a part of that celebration, South Plains updated and printed a detailed account of its history, entitled Through All The Years… The Story of South Plains 1819-2019. 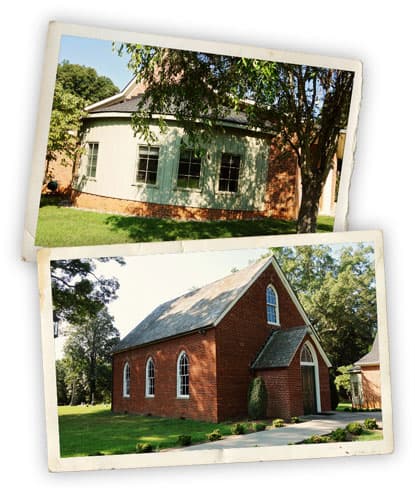 Sunday Worship Services at 10 am

Sunday School at 9 to 9:45 am, September through May

Member of the Presbyterian Church (USA)